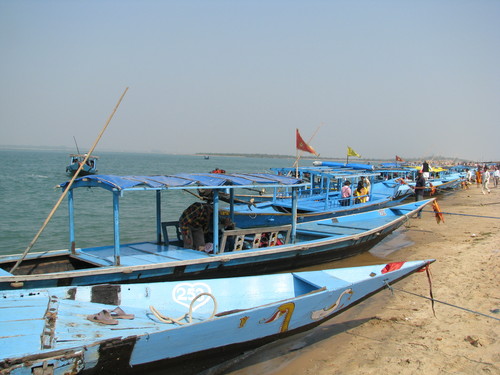 The Odisha state government on Friday organized the Chilika Mahotsav, a two-day cultural programme at Satapada in Puri district to tap the tourism potential of Chilika Lake, the largest brackish water lake in Asia. The first of its kind event is being jointly organized by the tourism department and the Chilika Development Authority (CDA).

Odisha state tourism and culture minister Maheswar Mohanty inaugurated the two days festival which will offer a host of activities to tourists. The inaugural day started with boat racing. Around 200 boat owners participated in the water sport.

“The festival also showcases maritime tradition, art, craft, dance and culture of Odisha. We have set up a photo exhibition highlighting the flora and fauna of the brackish water lagoon,” CDA chief executive Ajit Pattnaik said.

The tourism department has also set up a food counter at the venue, dishing out palatable delicacies. “Puri has all along been the focus of tourism development. Though several festivals are being organized in Puri, we thought of organizing a festival at Satapada,” a tourism department officer said. “We hope the festival would attract more tourists to Chilika,” he added.

On day one of the festival, around 200 schoolchildren, who recently participated in the ‘Chilika Junior Ranger Programme’, were felicitated and given certificates. The children were familiarized with the lagoon’s eco-system. The programme was jointly designed by CDA, forest and environment department, US Consulate General at Hyderabad and Barefoot, a voluntary organization.